Trevor Bayliss, the England Head Coach, has had a significant role in his team’s meteoric rise in limited overs cricket over the last four years.

Led by Eoin Morgan, the current Men’s Cricket World Cup hosts have produced clinical performances consistently, as they took a giant leap to the top position in the ODI team rankings and earned the tag of ‘favourites’ ahead of the 12th edition of the marquee event. Their emphatic eight-wicket win over the arch rivals Australia in the semi-finals, has further escalated the sense of excitement.

Related Story: ‘We need to win at least two out of three World Cups coming up’ – Rohit Sharma

Bayliss, instead of revelling in the recent results, however, believes in focusing on the bigger picture – the title clash against the 2015 runners-up New Zealand, to be played at Lord’s on Sunday. “We can’t listen to the outside noise whether it’s good or bad,” Bayliss told the BBC. “We’ve still got a job to do and one big match to go.

“We had a chat in the changing room after the game and realised we have not won anything yet. There is going to be a lot of noise around ‘you guys are the favourites’ but we can’t listen to any of that.”

Ahead of the World Cup final on Sunday, @Jo_Wisden
picks out some key duels. ? #ENGvNZ #CWC19 https://t.co/WPRDezMn75

England began their World Cup campaign with a resounding win over South Africa before falling 14 runs short of Pakistan at Trent Bridge. They outplayed their opponents in the next three games before back-to-back defeats to Sri Lanka and Australia put their semi-final hopes in jeopardy. However, the team peaked just at the perfect time, as they notched up wins against quality opponents in each of their last three games. Bayliss emphasised the value of going through the regular processes ahead of the final. 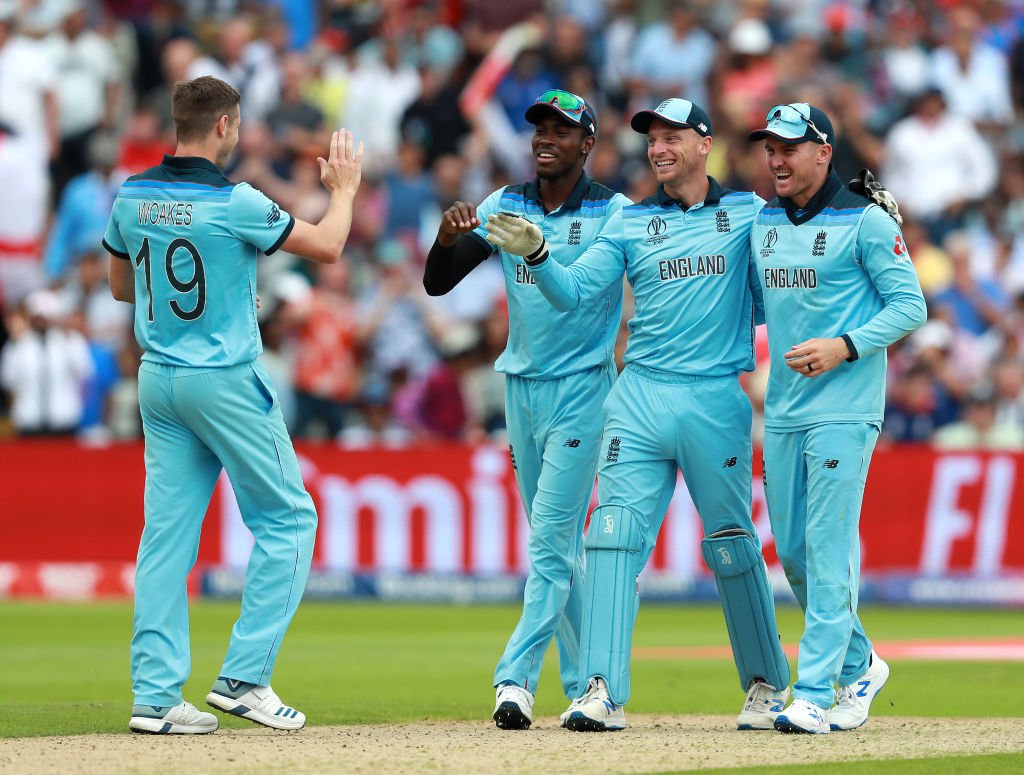 England defeated Australia by 8 wickets in the semi-final

“We have just got to concentrate on the way we have gone about our cricket over the past four years and what has got us to this point. We have to go through our process. If we do that, we know we will play good cricket and the opposition will have to play even better to beat us.”

Bayliss, who fell one step short of a World Cup trophy in 2011 during his coaching stint with Sri Lanka, seemed immensely satisfied over England’s progress under his tenure.

“We’re full of confidence, but we’re not too over the top. Four years ago, after the last World Cup which was not good for England, we set out with plans to hopefully win the 2019 edition. It feels great that now we have a chance to fulfil those dreams.”

We have just got to concentrate on the way we have gone about our cricket over the past four years and what has got us to this point.

England’s opponents on Sunday, New Zealand have shown their abilities as a unit, beating a strong Indian side in the first semi-final. Bayliss believed that the Kane Williamson-led side would present a stiff competition as both teams eye their maiden World Cup title on Sunday.