Bangladesh captain Mashrafe Mortaza believes winning matches at the World Cup is more important than gaining respect, as they enter a crunch tie against Sri Lanka.

With one win and two defeats from three games, Bangladesh have been competitive in the tournament so far. After an opening win against South Africa, the Tigers ran New Zealand close before being comprehensively beaten by England at Cardiff. Mortaza was incensed by the reaction to the South Africa victory however.

“Do you think this was a surprise?” he asked. “If we can deliver our best we knew what we could do. I’m sure some people don’t think well of our cricket. We are concentrating on our game and letting other people talk.

"If we can win two points, this is more important than respect at the moment"

“Winning matches is more important for us. I don’t think respect is going to work in the 22 yards (of a pitch). It all depends on how we react on the ground. If we can win two points, this is more important than respect at the moment.”

Consecutive defeats for Bangladesh has increased the importance of Tuesday’s clash with Sri Lanka at Bristol. The Tigers reached the quarter-finals of the last World Cup in 2015 and have built a reputation as a formidable ODI outfit in recent years. Mortaza believes Bangladesh can go one further this time around.

“If you are asking all 10 captains this question, they will look to the semis, which is an honest call,” said the seamer. “Obviously we would like to be in the semis, but right now the calculation is difficult. But again I’d say it’s very much possible. We have to make sure we come back onto the winning track.” 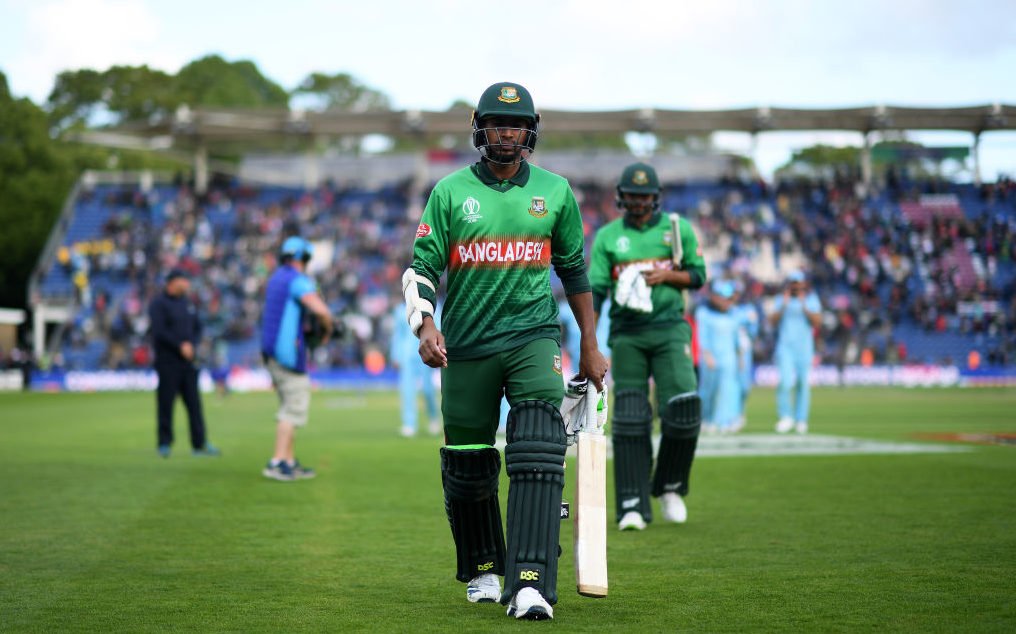 Bangladesh were beaten by 106 runs against England at Cardiff

Despite tough opening fixtures, Mortaza says the pressure to win every match, no matter who the opponent, remains the same throughout.

Bangladesh face Sri Lanka at Bristol on Tuesday at 10:30 am.