Jofra Archer insists he knows how to deal with the pressure cooker of a Cricket World Cup, which gets underway next week.

The Barbados-born fast bowler impressed in the recent ODI series against Pakistan and was subsequently given the nod over David Willey by England chairman of selectors Ed Smith.

Archer told Sky Sports: “I think I’m ready. I’ve played a lot of cricket outside of 50-over so I know how to deal with pressure, crowds, and it is because of that other cricket that I wasn’t able to play much List A for Sussex. It’s really, really exciting to be part of a big summer for English cricket.”

An amendment to the ECB eligibility regulations in December opened the door for Archer to challenge for an England place from March this year, an opportunity the 24-year-old has emphatically grasped in recent weeks. 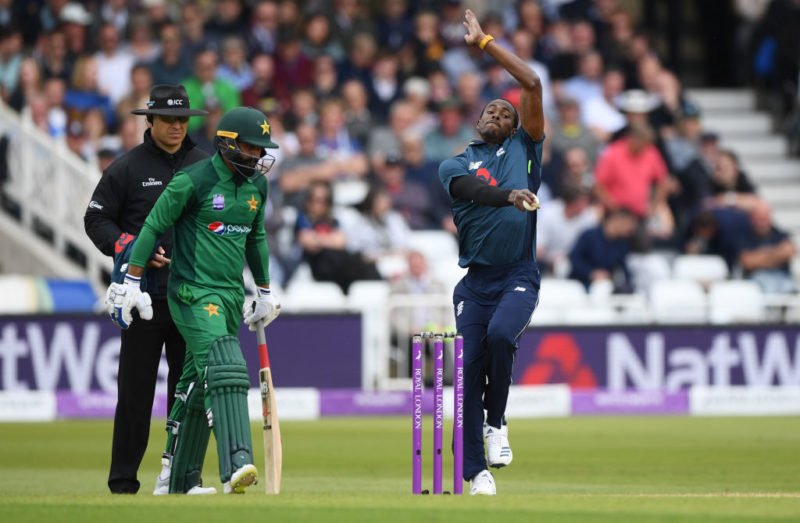 Related Story: Archer: ‘It’s not every day that you’re going to bowl 90 miles an hour’

“I had it in my head that I would have to wait seven years,” Archer added. “Then back in December they obviously changed [the regulations] a little bit but I was always prepared to wait for however long it would have taken.

“Everyone welcomed me with open arms from the moment I got in, it’s a really good team to be a part of – great players, a great captain and great support staff as well.”

England take on South Africa in their World Cup opener on May 30.