Captain Aaron Finch is buoyed by Australia’s spin attack but concedes he is fearful of Afghanistan’s “world-class” tweakers ahead of their opening Cricket World Cup fixture on Saturday.

The Aussies have leg-spinner Adam Zampa as well as off-spinner Glenn Maxwell in their ranks, and while it’s still unlikely that one of them will open the bowling in tomorrow’s clash, considering the potency of fast bowlers Pat Cummins and Mitchell Starc, Finch is certainly open to the prospect of bringing his tweakers into the action early.

“We’ve got a lot of great options,” he said. “If there’s two lefties in we’ve got Maxi and some great new-ball (fast) bowlers.

“Zamps, he’s done it in the Big Bash quite a bit and T20s, he hasn’t done it for Australia as much but he did a great job the other day. He bowls stump to stump which is a huge advantage for a leg spinner.”

Which team-mate has Adam Zampa credited for his return to Australia’s ODI side? Find out here. ? #CWC19 https://t.co/afidxRoyeq

Finch may take inspiration from South Africa skipper Faf du Plessis’ decision to open with Imran Tahir, who struck with the second ball of his spell against England on Thursday by removing Jonny Bairstow.

The Australia captain knows that his batsmen must be extra vigilant against a threaten spin trio if they are to avoid an upset.

“They’ve got world-class spinners – [Mohammad] Nabi, Rashid Khan and Mujeeb [Ur Rahman] as well,” Finch said. “They’re probably three of the most well-known spinners around the world over the last couple of years in the shorter formats.”

A key battle ahead of Australia’s opening match of #CWC19 ?https://t.co/wdna22iOXK

Finch also confirmed that David Warner will feature after passing a fitness test on Thursday. It will be the opening batman’s first official competitive match since he was banned for ball-tampering in March 2018.

“Davey’s fine, he’ll play tomorrow,” Finch said on the eve of the match. “In terms of the XI, we’ll wait until the toss to name it.

Australia have a 100 per cent record against Afghanistan in ODIs but they’ve only met twice, one of them being a 275-run victory at the 2015 World Cup – Australia’s highest winning margin by runs in ODIs.

Australia are on an eight-game winning streak in ODIs – the last time they won more in succession was a nine-game run in 2015, which began with the aforementioned 275-run demolition.

Afghanistan have won three of their last five ODIs and will be looking to secure back-to-back ODI victories for the first time since winning three on the spin between August and September 2018. 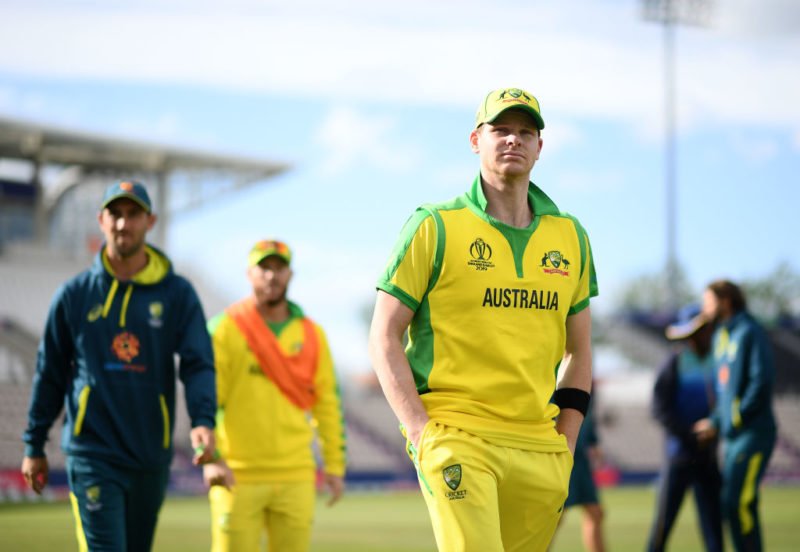 Australia enjoyed two successful outings against England and Sri Lanka at the Rose Bowl in their World Cup warm-up matches. They beat the home favourites by 12 runs, with Steve Smith scoring a ton, before chasing down 241 to beat Sri Lanka at the same venue.

Afghanistan shocked Pakistan and chased 262 in their first warm-up match, but were comprehensively beaten by England at the Oval. 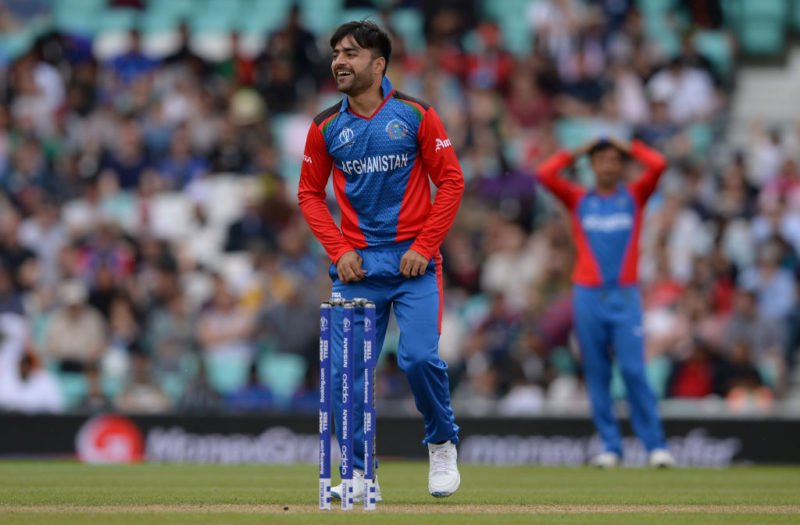 One of the most talented spinners against arguably one of the most skilful players of spin in the modern game. Only England’s Adil Rashid has taken more ODI wickets than the Afghanistan twirler since the last World Cup, but Smith will be brimming with confidence after a hundred against England in the warm-up.

Smith’s batting average of 56.9 at the Cricket World Cup is currently the third-highest of any Australian to have played at least 10 innings. Rashid, meanwhile, has taken four five-wicket hauls in ODIs for Afghanistan, as many as every other Afghanistan player combined.

Australia take on Afghanistan in the first day-night fixture of the tournament, with play starting at 13:30 (BST) at Bristol.

The other game tomorrow sees New Zealand take on Sri Lanka at Sophia Gardens from 10:30 (BST), with Kane Williamson’s men looking to bounce back from their warm-up defeat to West Indies.