Far from absolving him of the wrongs of his jokes, Kerry O’Keeffe’s open letter exacerbates them.

We shouldn’t be talking about Kerry O’Keeffe right now. The focus should be on India, on whether Jasprit Bumrah could be, or already is, the world’s best fast bowler, and on what could possibly stop them securing the first-ever Test series win in Australia by an Asian side. Instead, a 69-year-old’s relentless desire to insult the tourists is diverting attention away from the action. Such is life, and such is Australian cricket. 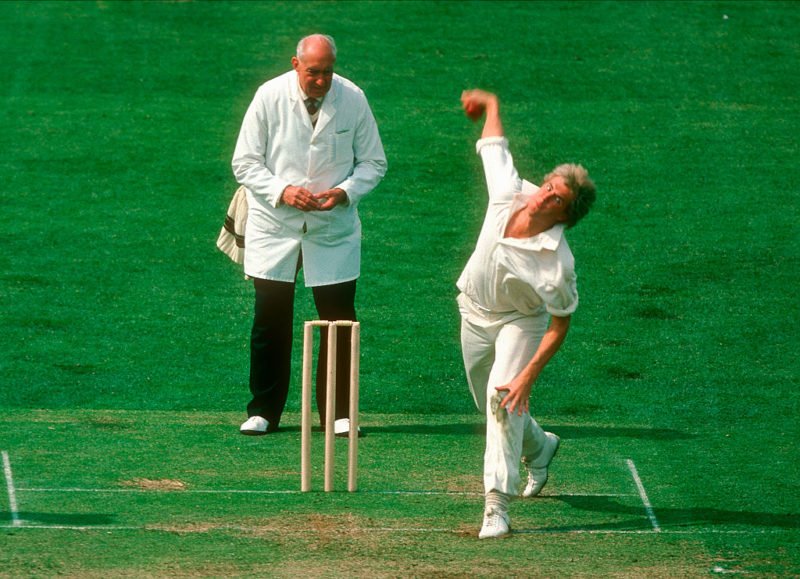 For those unaware, O’Keeffe, a former Australia leg-spinner with a Test bowling average of 38, now a Fox Cricket commentator, courted controversy by poking fun at India’s first-class competition, the Ranji Trophy, stoked the fire with another joke about how hard Indian names are to pronounce on the fourth day, before issuing a statement after the conclusion of the Test.

The Ranji Trophy comments stung the most. “Apparently [Mayank Agarwal] got his triple-century against Jalandar Railways canteen staff,” O’Keeffe guffawed. “Who opened the bowling for them that day? The chef. First change? The kitchen hand. And they’ve got the spinner as well, the casual uni student.”

By now the laughter had mostly stopped, but O’Keeffe carried on. “Some of those first-class games in India don’t stand up, do they?” Ravi Shastri’s and Virat Kohli’s replies were cool. “He [Mayank] has got a message for Kerry,” said Shastri. “‘When you do open your canteen, he wants to come and smell the coffee. He wants to compare it to the ones back in India…coffee here’s better or the ones back home’”, while Kohli credited India’s “amazing” first-class cricket for their victory, each subtly suggesting that the actual quality-deficient competition is Australia’s Sheffield Shield.

But if the outer responses were calm, the fury within the Indian camp and among Indian fans was reportedly red-hot, and after the game, O’Keeffe ‘clarified’. “I am coming to terms with how negatively those words have been interpreted,” he wrote in an open letter on Fox Sports. “That interpretation is not who I am. It is not what I represent…I was being entirely tongue in cheek.”

It amounts to an apology of a non-apology. In fact, O’Keeffe is laying the blame squarely on those interpreting, those Indian fans whose reaction he claims to be “devastated by”. It is also a complete lie, or at least some version of elite honesty. Because while it’s clear that O’Keeffe was making a joke, it’s also clear, especially from his last line, when the joke is all but over, that it’s a jibe with a basis in what O’Keeffe views as reality. He, and his fellow commentators, wouldn’t find it funny if they didn’t believe on some level that Indian first-class cricket was worthy of ridicule.

Had he doubled down, pointed out the run inflation that some feel exists in Indian domestic cricket perhaps, as Mark Waugh did, while acknowledging that he shouldn’t have called into question the professionalism of the players in the competition, he would have kept some his professional integrity. He would still have been wrong – Agarwal’s triple-century came in the unarguably high-quality Group A of the Ranji Trophy, while the fact that Agarwal outscored the Australian top three by himself, and that India have retained the Border-Gavaskar trophy with a game to play should be evidence enough of the strength of their domestic cricket – but he could at least have looked himself in the eye.

Instead, he tried to convince everyone that they didn’t hear what they heard, the condescension behind the joke. Some might feel the mis-step minor, and the lack of apology forgivable. And there certainly are greater injustices. But nothing happens in a vacuum, especially in Australia, where cricketers and ex-cricketers are placed on a pedestal, and where immigration panic is at a premium. Seemingly small statements, especially when made to vast audiences from platforms such as O’Keeffe’s help entrench misguided prejudices and lead to bigger consequences.

Raheem Sterling exposed how the media’s differing treatment of sports stars based on the colour of their skin encourages fans to do the same. In denigrating Agarwal’s triple-century without research into its actual worth, O’Keeffe’s words make lazy assumptions based on where someone is born more acceptable. His open letter does nothing to dispel this and makes it apparent that he thinks that the opinion you’re expressing doesn’t matter as long as you’re doing it behind the veil of a joke. During this Test, a group of Australian fans were ejected for making racist chants, shouting “Show us your visa” at the Indian fielders. Perhaps they too felt they were joking. 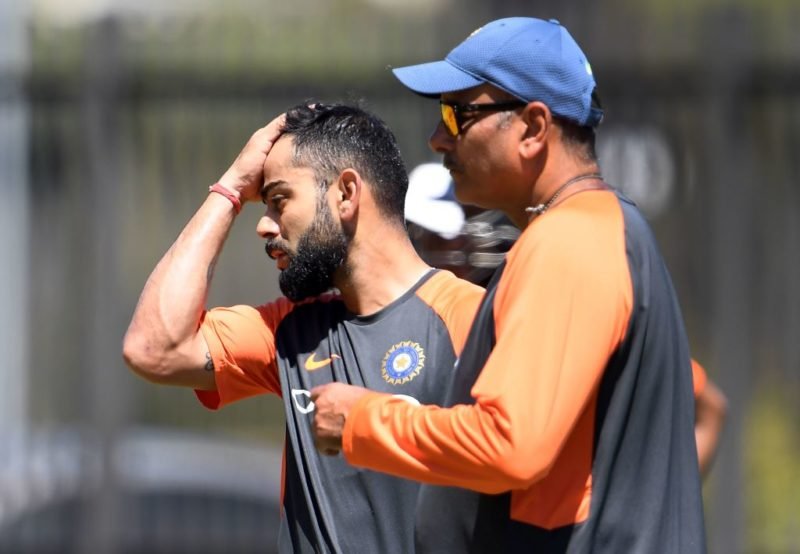 Kohli and Shastri both hit back at O’Keeffe’s comments

In August, Australian senator Fraser Anning, called for a “final solution to the immigration problem” and to end “all further Muslim immigration”. And he certainly wasn’t joking. In isolation those chants from the Australian fans or jokes like O’Keeffe’s might not seem that harmful, but they all stem from the same root, of seeing those with different colour skin as somehow ‘other’. Not only are they symptoms of the wider malaise, they serve to increase it too.

Everyone has held ill-informed opinions and made jokes they should not have based on them. There is shame in it, but in owing up to it, or in the very least owning it, there is also a chance for redemption. It’s not an easy thing to do, to come to terms with our own failings, and O’Keeffe does deserve a small amount of credit for his apology for the ‘Cheteshwar Jadeja’ mix-up. “When the moment arrived, I stuffed it up,” he said. “The joke was on me.”

But in failing to acknowledge the intention behind his joke on the first day, in citing his Indian friend – “I have worked alongside my dear friend and colleague Harsha Bhogle for almost 25 years” – as if this somehow makes him unable of being prejudiced, O’Keeffe made his error far worse. Either incapable of being honest with himself, or capable of deliberately misleading the fans he claims to serve, O’Keeffe has shown himself as unworthy of being a commentator. Worse still, without retribution, he has paved the way for others to follow him down his prejudiced path.