Geoff Pullar was a consistently high-scorer for Lancashire and England in the late 1950s and early 1960s. His career was appraised in his Wisden Almanack obituary in 2015.

It was a conversation in the captains’ dressing-room at Old Trafford on a Saturday morning in June 1959 that turned Geoff Pullar into a Test opener. Glamorgan were the visitors, and Wilf Wooller, then a selector, confided to Cyril Washbrook that the opening pair of Arthur Milton and Ken Taylor were to be axed for the third Test against India at Headingley – but the selectors were unsure who should replace them. “Why not try Geoff Pullar?” asked Washbrook.

Wooller pointed out that Pullar’s customary position was No.3, but the Lancashire captain was insistent: “He’s always having to go in against the new ball for us.” Pullar made 161, and Wooller was convinced: when the England team were announced the next day, he was one of six changes. Apart from a brief, unsuccessful trial in club cricket, Pullar had never opened the batting. But, with his solid technique and unruffled demeanour, he was perfect for the job. He helped put on 146 for the first wicket at Headingley with the recalled Gilbert Parkhouse and, three weeks later, became the first Lancashire batsman to score a Test hundred at Old Trafford.

Pullar, 6ft and 13st, was a left-hander who eschewed the flighty tendencies of some of his brethren. “He was a dour player,” said Yorkshire spinner Don Wilson. “You never thought he was in, but all of a sudden you’d look up and he’s got 35. Then, when you think you’re bowling well at him, he’d be 70 or 80. And you’d think, ‘I haven’t seen him make a shot yet!’ Then he’d be raising his bat for 100.”

That winter Pullar opened with Colin Cowdrey in all five Tests in the West Indies, dealing imperturbably with a pace attack led by Wes Hall. David Green, his Lancashire team-mate, was told by Ted Dexter: “You would see him sitting in the corner of the dressing-room puffing on his ciggy, and you just knew he was going to get a fifty.” 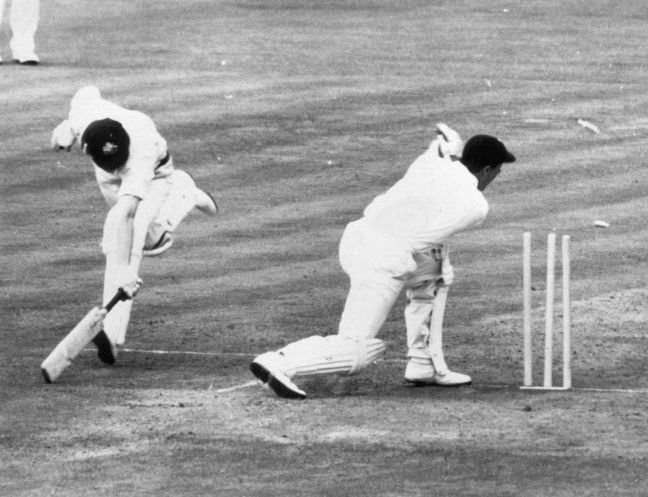 Geoff Pullar had a career blighted by injuries

He was a Wisden Cricketer of the Year in 1960, but in the first Test against South Africa that summer he broke his wrist fending off a Neil Adcock bouncer (in the second innings, he batted one-handed at No.11, for one not out), and missed the next two matches. It was a portent of the impact that injuries would have on his career, but he returned for the final two games of the series, and at The Oval, made 175, putting on 290 with Cowdrey.

He always regretted missing out on a double-century. “I was knackered when it got to six o’clock,” he said. “I smoked in those days, and I always thought I would have got a lot more runs if I hadn’t.” In just over a year, he had made 920 runs in 11 Tests at 51.

Pullar was born in Swinton, but grew up in Oldham, where his parents ran a pub. He joined the Werneth club and, finally given a chance in the first team, scored 50 against Rochdale. As the crowd began to file out, his team-mates scampered after them with their cricket socks for the obligatory collection. “I had two socks full of coins,” said Pullar. “Six pounds 15 shillings, a king’s ransom back then.”

He was one of a group of promising players sent for training camps at Lilleshall under the perceptive gaze of George Geary, Freddie Brown and Bill Andrews. In the evenings, Pullar would demonstrate the prowess that had made him a junior table tennis international. Bob Barber, a future Lancashire and England team-mate, was one opponent: “He always said that playing table tennis improved his footwork as a batsman, but as far as I could see he just stood still on the other side of the table and used his long reach.” Pullar’s potential was clear, and in June 1954, aged 18, he made his Lancashire debut against Surrey at Old Trafford. 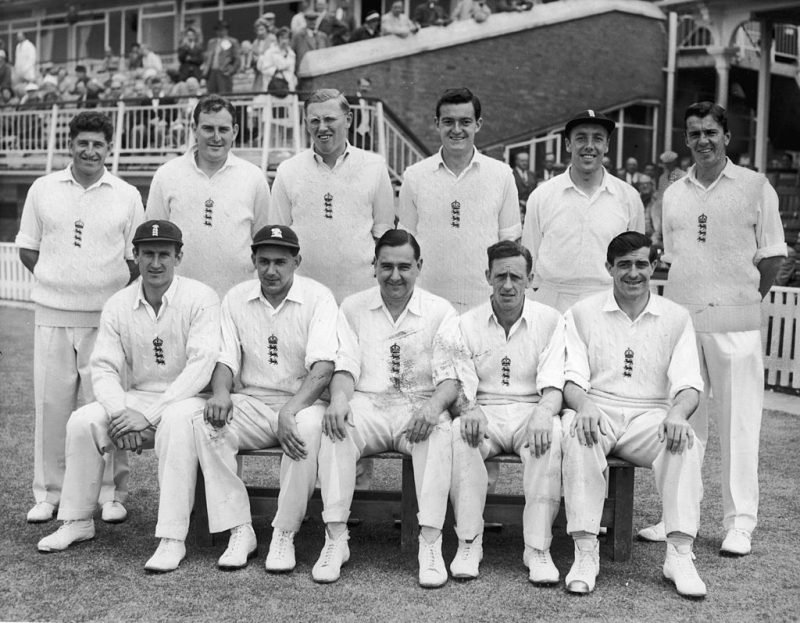 Geoff Pullar, standing third from right in the back row, scored over 21,500 first-class runs

Washbrook – to many, a gruff, unforgiving martinet – proved a kindly influence. At the end of a day’s play at Hove in 1956, he took his protege´ to a Brighton nightclub. But there were no champagne cocktails or dancing girls. “We talked about cricket until two in the morning,” said Pullar. Washbrook told him to “forget this back-foot business”. It was a lesson he passed on. “Even if you were batting against Fred Trueman in a Roses match, he’d say, ‘Now, get forward,’” David Lloyd recalled.

Pullar’s career – unlike most of his contemporaries’ – was not interrupted by national service: he had flat feet, and failed the medical. He passed 1,000 runs for the first time in 1957, and two years later – after a brief exile to the Seconds in 1958, when Washbrook felt he was coasting – Pullar scored 2,647 runs at 55 with eight hundreds, including three against Yorkshire. In one of those, for The Rest against the champion county at The Oval, he reached three figures before lunch. “I always thought he was capable of being more dominant, but he chose not to play that way,” said Barber. The following summer, in the Whitsun fixture, he made it four successive Championship centuries against the old enemy, with 121 on a dusty Headingley pitch. No one else reached 40.

In the 1960s Pullar became a senior member of the Old Trafford dressing-room, usually to be found sitting quietly with a cigarette and a paperback Western (JT Edson was a favourite author). He was sociable, droll, gently encouraging to young players, and utterly without malice. He rejoiced in the nickname “Noddy”. Some said it was because he could sleep anywhere. In fact, he had once been found watching the children’s programme in the TV room of a hotel; his ownership of a bright red Triumph TR3 clinched it. He never acquired a taste for fielding, and seldom strayed far from first slip. “He didn’t like running around,” said Lloyd.

In the 1961 Ashes, he struggled against Alan Davidson, but in India and Pakistan, that winter was back to something like his best, despite missing two Tests with dysentery. He scored a century at Kanpur, and at Dacca made 165, sharing an opening partnership of 198 with Barber. “The pitch had no bounce,” said Barber. “I would like to have outscored him, but he kept accumulating. I think we scored at a run a minute – God knows what got into us.” In Australia under Dexter in 1962/63 he passed fifty twice in the first four Tests, but had to have surgery on an injured knee, and was then struck down by pleurisy.

It proved to be the end of a Test career that brought him 1,974 runs in 28 matches. With an average of just under 44, Pullar is just behind Cowdrey, Gower and Graveney. In all first-class cricket, he scored 21,528 at 35, with 41 hundreds. Injuries began to take a toll: As well as his knee problems, he broke his wrist three times, a finger and a toe. When the selectors thought about recalling him in 1966, he admitted he would never be fully fit.

Although his career stretched from 1954 to 1970, he estimated that, in terms of matches, he had played only 10 full seasons. He left Lancashire at the end of 1968 and moved to Gloucestershire, where Green was already established: “I told him it was a bit less dangerous than being at the mercy of the Lancashire committee.” Pullar led the Gloucestershire averages in the damp summer of 1969 – “He was masterly on the helpful pitches,” recalled Green – but played just six times in 1970, before deciding to retire.

“He was a smashing fella to be around, but he could be quite stern and he would tell you when you had done something wrong,” said Lloyd. “I saw him at an ex-players’ reunion in September, and he told me off again about a daft shot I had played to get out some time in the 1960s.”